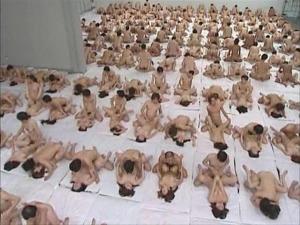 Single? Married? Neither? Both?

Come to an evening of love songs with Adam Brodsky. Saturday February 14th. 2009. I'll be dusting off the old bitter chestnuts as well as showing you my soft side. either way, you're bound to leave the hizzy richer for the experience. plus, i hardly ever strum this thing anymore, much like nookie itself, when, an opportunity avails, you should carpe the fuck out of that diem.

Note: the show is a house concert in a respectable living room, which is IMO the best way both to give, and to receive a show, and what is VD about, if not, giving and (hopefully) receiving?

if'fn you wanna come out, you should go here for more info http://www.xfsmusic.org/xcalendar.asp or you can email the fine folks at the XFS at xfsinfo@xfsmusic.org

Quick peek beyond the confines of my spider hole, just long enough to spew some bitter lovelornery ornariaty*, Basically I'm stepping outside to see if the weather is in fact as hope filled as President Dreamsicle says it is...although I didn't particularly like getting yelled at last night...I get it, it sucks to live in Elkhart, IN, you didn't need to interrupt my shows to tell me that. I've been there. (That's where the RV hall of fame is; ask me I have pictures of weird old rigs.)

Ok, so capitalism is about to collapse, your job is hanging by a thread and your 401K has been sliced in half (making it a 200.5E HA!) But I'm here to tell you that that doesn't mean you're off the hook for VD, cause lets face it, Fucking is just about the only thing you can afford to do these days. It's free**, and it will (hopefully) provide at least 8-10 seconds where you won't be gut-churning about how you're gonna pay them bills. So now is not the time to skimp on flowers, and chocolates and merrywidows and handcuffs and astroglide…and most importantly, folk music.

Which brings me to my next salient point.

As you know, there are two kinds of people in the world, them what gots a somebody to squeeze and love, and them what don't. And as we see Washington hastily regress back from Kumbayaton into, well, Washington, It is with great pride that announce my own version of Hermaphroditary***, meaning I am gonna play a show Saturday that has something for everybody, so quite simply, everybody should come.

lets break it down this way, If I was clever enough, and knew more about HTML I'd lay this out like one of those "choose your own adventure" novels, but at the end you'd all end up in a mount airy living room, amongst good people, listing to some dork strum his fucking heart out.

But, as evidenced by the previous paragraphs (virgin conjugations aside) I'm not clever enough, so try to stay with my as I kick it old school (liniearlyish).

The simplest is, if you are just like me: A pleasant, yet, creepy single dude, with less and less to offer with each passing year. (Yeah, Toby, I'm talking about you)# You'll see these songs as an harmonious conflagration of disdain, whist, projection, and rationalization. I.e. it's not your fault, its them bitches.

Perhaps you are a couple. You are in love, you've been in love for many a year, you'll most likely stay in love. Here is the reason you should come see me dust off the bitter chestnuts of my 20's.

This gig will remind you that even though sometimes when you look over at your sleeping mate and imagine bashing in their skull with that 13 quart stock pot that they inexplicably bought you two birthdays ago, doing that would only make you single, not happy. And seriously, you don't wanna end up old and alone like that spaz up there with the guitar. Straight up, maybe it will happen during "ballad of a skank ho" or perhaps "blow me" or maybe "you turned on me like mayonnaise in the sun" but you'll feel your sweetie squeeze your arm and lay her warm and tender head upon your shoulder, as if to say. "Thanks for not being that guy." So come to the show. It will do more to strengthen your relationship than a dozen roses and a penile implant.

Perhaps you're a couple who is no longer in love, but right now, moving out, is not an option. Again, like a train wreck, you'll look at me and say, there but for the grace of my sweetie, go I. and the embers of love will congeal into a fiery phoenix of rebirth.

Maybe you're a single lady, who has, to date, perceived her soulmate search as, at best a fruitless endeavor and at worst, an unmitigated freakshow. You have cast off many seemingly flawed young stallions. By the end of the show, you'll be drunk dialing at least two of your exes and leaving messages like "y'know, I think I was a little too critical, I mean it's not like you ever wrote a song about what a cunt I was and then sang it to all my friends while staring directly into my eyes. And another thing, thanks for showering so regularly...Ok, anyway, I was just thinking of you tonight, I hope yer doing well...if you ever want to...um..ok...well I thought maybe we could...um...anyway, hi. Um, I gotta go, he hates it when people make calls during his show"


Seriously, tonight I'm gonna party like it's 1999, Sure I'll sing the occasional political screed. "Barrack me Obamadaus" "uncivil rights" "The Ballad of John McCain" and I might even dip into the shallow playa of contented love songs for a verse or two, but mostly, it's gonna be and old school night, "Love takes it up the ass" or something.

Or maybe not, as you know I feel that set lists are for the feeble minded, and I'll just hope the songs come to me in the order that providence would prefer.


But I guarandamntee you that you'll go home happier than when you left your house. Guarandamntee! I will do my part to stimulate your package, Seriously, Nobody comes to a Dork show with a date, and doesn't get laid## It's like taking your girl to see Mask. Any other Eric Stoltz Vehicle and she looks over at you and says "eh." Take her to see Matty Damon, and you're the consolation prize. (Literally a home version of the game) but, I offer so much more.


Anyway, I've taken up enough of your valuable time. Go back to work, your job is not as safe as it once was.

If you wanna come to the show, you gots to go here www.xfsmusic.org and get the special instructions. But you people seem smart, I'm sure you'll figure it out.

See you at the show.


*Yes, I just made up two words in the very first sentence...but what can you expect on a day as brillig as this today.

#Though, your presence is kinda mandatory, as it's really comforting to know that if I forget a lyric, you've got my hairy back